PURCHASE THESE PHOTOS AT PJSTAR.COM DAVID ZENTZ/JOURNAL STAR.Tom at Day Center.He's not doing so well. Seems to have a respiratory problem and is frazzled. Mumbles to himself more than usual while he's thinking. He had gone looking at a house last week, but has given up on getting it. Said it was too expensive at 550 or so a month. He was also complaining about not having anywhere to lay down during the day again. Said he went to a motel last week but the lady wouldn't give him a room b/c he looked shady. May have also been since it was the middle of the day I think. She told him nothing would be available until the evening, which he took as her putting him off. Hard to say. 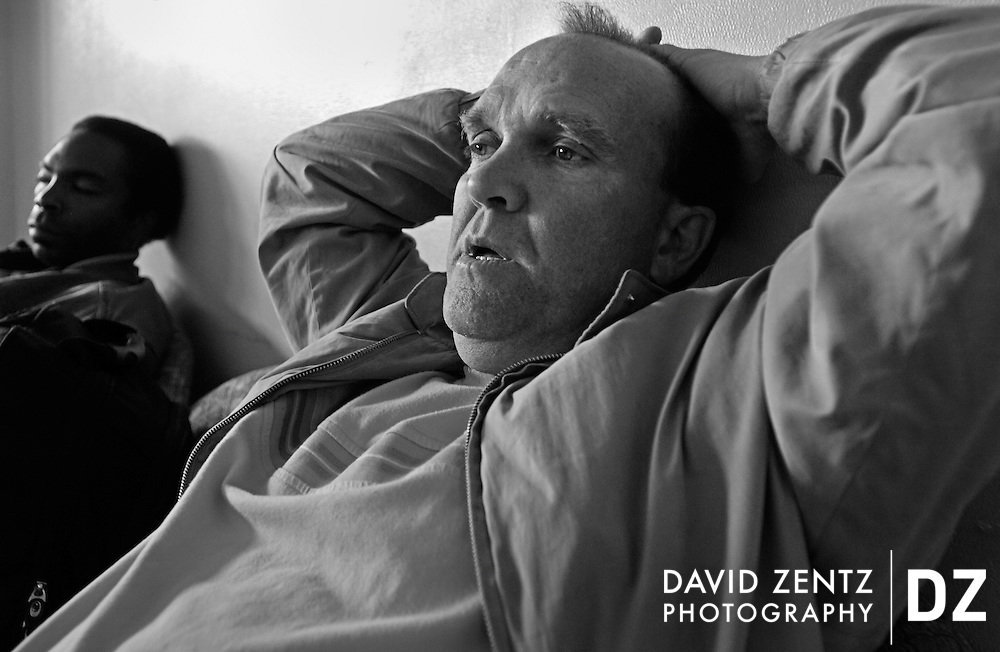