DAVID ZENTZ/Journal Star.Rick Goodwin, owner of Goodwin House Moving out of Washington, Iowa, takes a break on a roadside bank while waiting for Ameren to clear power lines while moving the home of Tom and Toni Waldschmidt south along N Blue Ridge Rd en route from Henry to Mossville Tuesday afternoon. Moving the 100-year-old structure across 22 miles of sometimes curvy and steep country roads was an exhausting, all-day affair, requiring a crew of movers as well as coordination with multiple counties, Ameren and railroad workers. The home has been in the Waldschmidt family for three generations and was being moved so they could keep it in the family, but closer to home. The move was also being taped by HGTV for the show "Haulin' House," which will air in about 6 weeks. 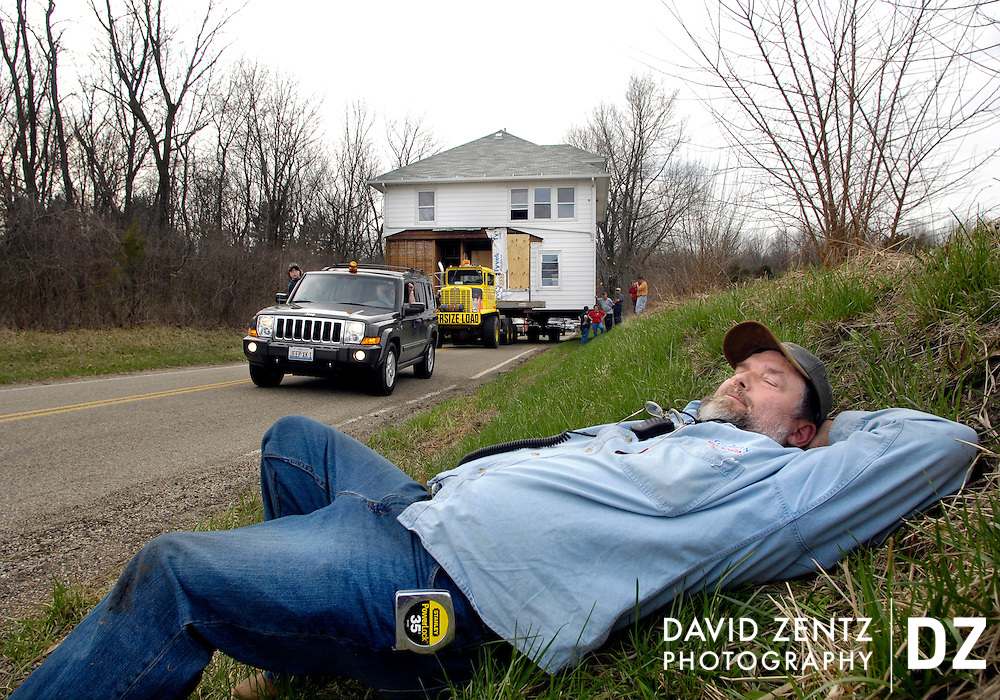